Wendell Gladstone’s psychedelic acrylic paintings depict a world full of often pale green and yellow characters. There’s a bit of unease to them that I can’t pinpoint 100%, but maybe it’s because those frequently dominant colors remind me of the color you see someone turn before they vomit bile all over their shoes. Or maybe it’s the inhuman contortions the characters are twisted into. Either way, I still find his paintings incredibly compelling and quite unique. 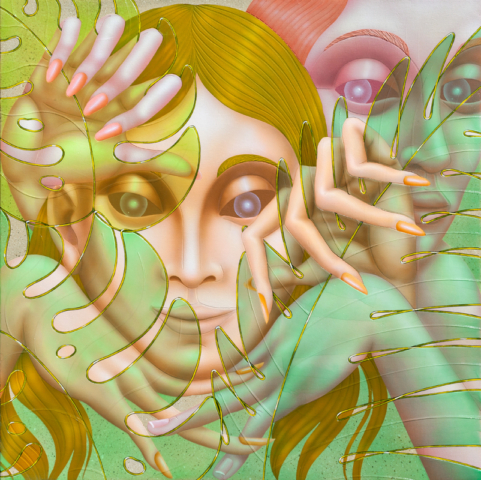 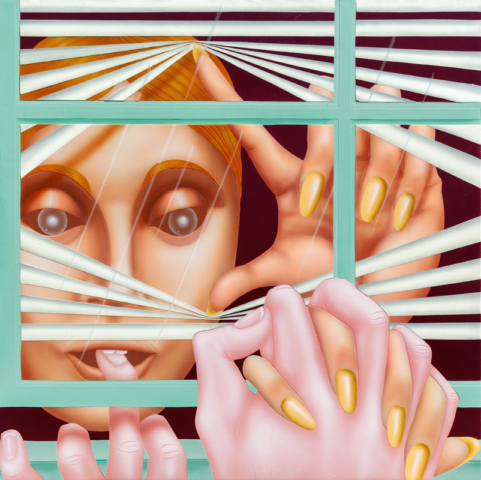 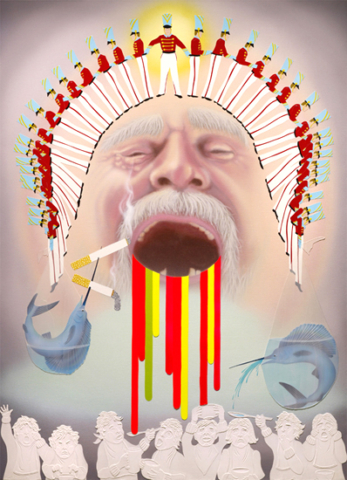 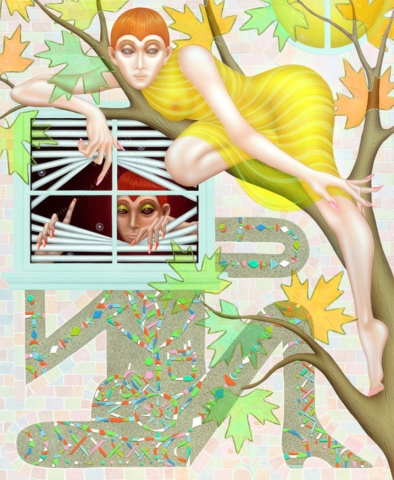 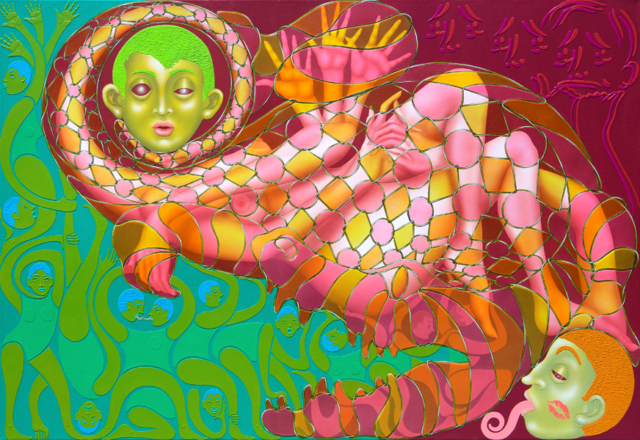 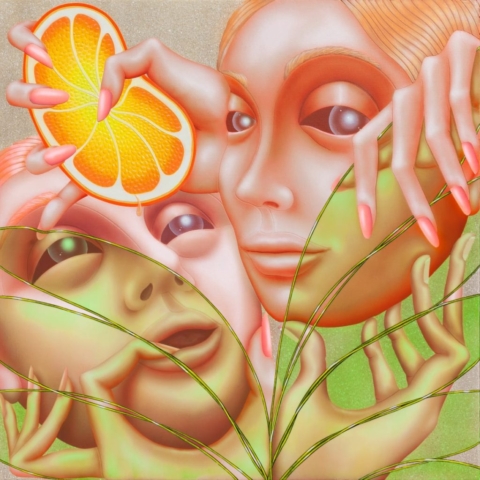 First album you bought?
Men at Work, Business As Usual

Last album you bought?
I have no idea. Kind of lame, it’s been piecemeal tracks since digital took over. The last artist I downloaded was Anika, a single “Finger Pies”.

Was there one album that made a significant impression on you?
So many have. Stevie Wonder’s Innervisions was one that really grabbed my attention as a young kid (from my parent’s collection). I discovered Joni Mitchell’s Mingus album in my late teens and its mood was something that blew me away and still sticks with me. I also go back to early Roxy Music a lot; there’s a strong draw there.

Who is your musical hero?
Maybe Bowie. So many interesting phases and my appreciation of his catalogue evolves. I had an immediate attraction to stuff like Hunky Dory and later on got into Lodger, Low, etc.

How important is music to your creative process?
I have a large Spotify studio playlist that’s constantly playing on shuffle while I paint. I’m not sure how much seeps into the work, but it’s something I need to have when making. It’s probably more of an emotional driver.

BONUS: What is your favorite album cover of all time (and why)?
My older brother had Queen’s News of the World. I loved the mix of psy-fi, glam and gore.

BONUS #2: Any visual artist(s) you’d like to see answer these questions?
Brian Cooper (who is also a musician, going by Earth Like Planets)