Allison Bamcat admittedly uses art as a form of personal catharsis. It’s not something she just does for the fun of it (although she obviously enjoys what she does). It’s something she feels that she HAS to do, and has been doing so since childhood. In an interview she told the following story about drawing crying clowns during her parents’ separation:

There was a turning point when I had just done my first painting, I was doing my college thesis and I was doing it on clowns. I was using clowns to deal with my parents, who were separating at the time. I wasn’t sure if I’d be able to finish school; I didn’t know if I was going to be taken out my senior year. It was a really tumultuous time, and I was painting crying clowns and interviewing clowns and talking to them. That duality of putting on a happy face to do your job and then taking it off and going back to your real life…

All of her art is vibrant, psychedelic, and surreal. Many of her pieces feature animals, often in various stages of transformation, whether they’re morphing with another animal, or with a plant of some kind, and often with more than the standard number of eyes you would expect to see on any given animal. While there’s definitely a bit of a dark underbelly to these characters that hides just beneath the surface, they still have a pretty playful vibe to them, most likely because of the color palettes she uses.

She has murals all over the place, and has taken part regularly in Pow Wow Worldwide’s mural festivals with no sign of stopping anytime soon. 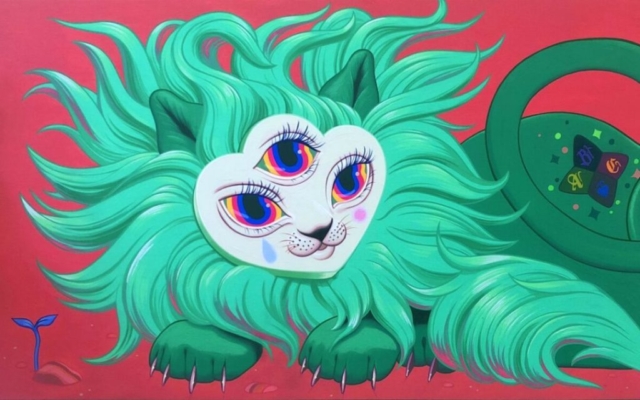 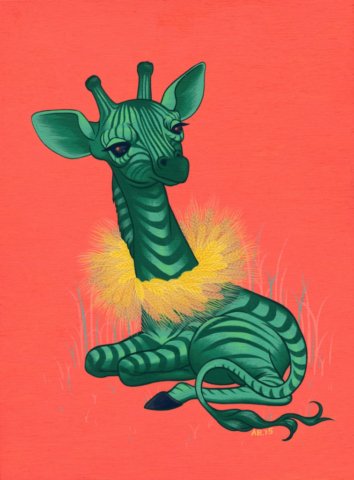 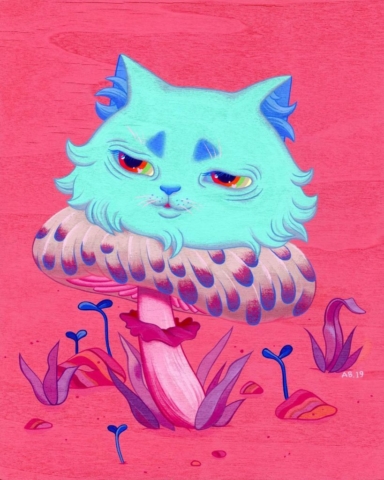 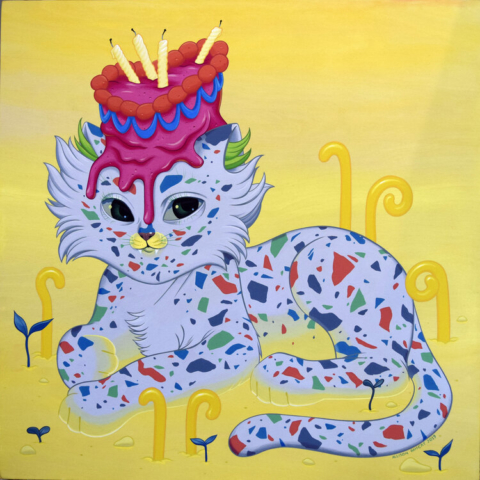 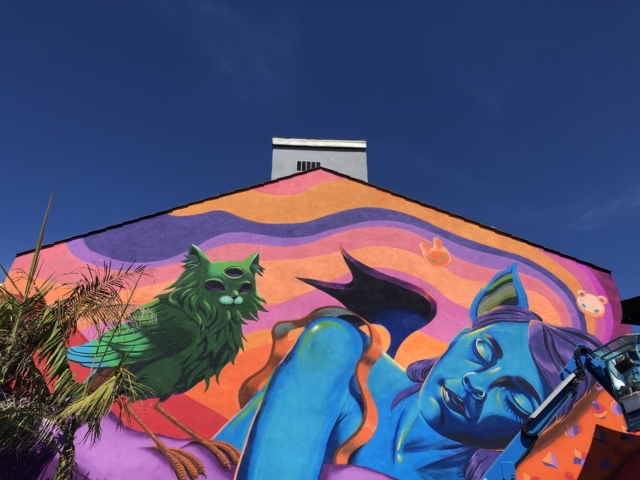 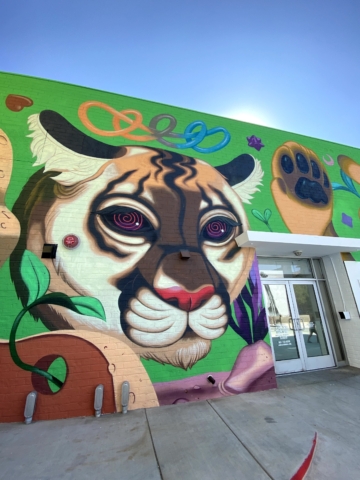 First album you bought?
First album I bought with my own money was the Titanic soundtrack. I was 9 or 10 years old.

Last album you bought?
The last album I bought was “Ohms” by Deftones

First concert?
First concert was Ozzfest in 2003. I was 13 and Disturbed, Chevelle, Marilyn Manson, and Ozzy Osbourne headlined.

Last concert?
The last concert I went to before quarantine was Graveyard and Opeth in Hollywood.

Was there one album that made a significant impression on you? Certainly more than one, but the most significant ones off the top of my head are Tool’s “Lateralus”, Harvey Danger’s “Where Have All the Merrymakers Gone,” “In Keeping of Silent Earth: 3” by Coheed and Cambria, “Meddle” by Pink Floyd, “OK Computer” by Radiohead, and Interpol’s “Our Love To Admire.”

Who is your musical hero?
My musical hero is Maynard James Keenan. I love all of his projects, his voice, his message, and his lyrics have gotten me through life since I was about 14.

How important is music to your creative process?
As much as I’d love to say that music is vital to my creative process, I often work without music, especially when working on murals. Working outside, I like to know who’s around me and what’s going on around me. I go most days with a song stuck in my head without the effort of actually putting music on to play.

BONUS: Is there any music, in particular, getting you through this strange time we’re living through?
The albums that are staples to me during this weird-ass time in history are “Rated R” by Queens of the Stone Age, every Tool album, every A Perfect Circle Album, every Spoon album, every Deftones album, and Faith No More. I’ve been driving a lot lately, unlike early quarantine, and having songs I can sing along to makes my soul happy.
BONUS #2: Any visual artist(s) you’d like to see answer these questions? I’d love to hear what Dirty Old Roshi has on his playlist these days.